Forgot your password?
benefits of creatine monohydrateCreatineCreatine and water retentionCreatine MonohydrateHow much creatine per day 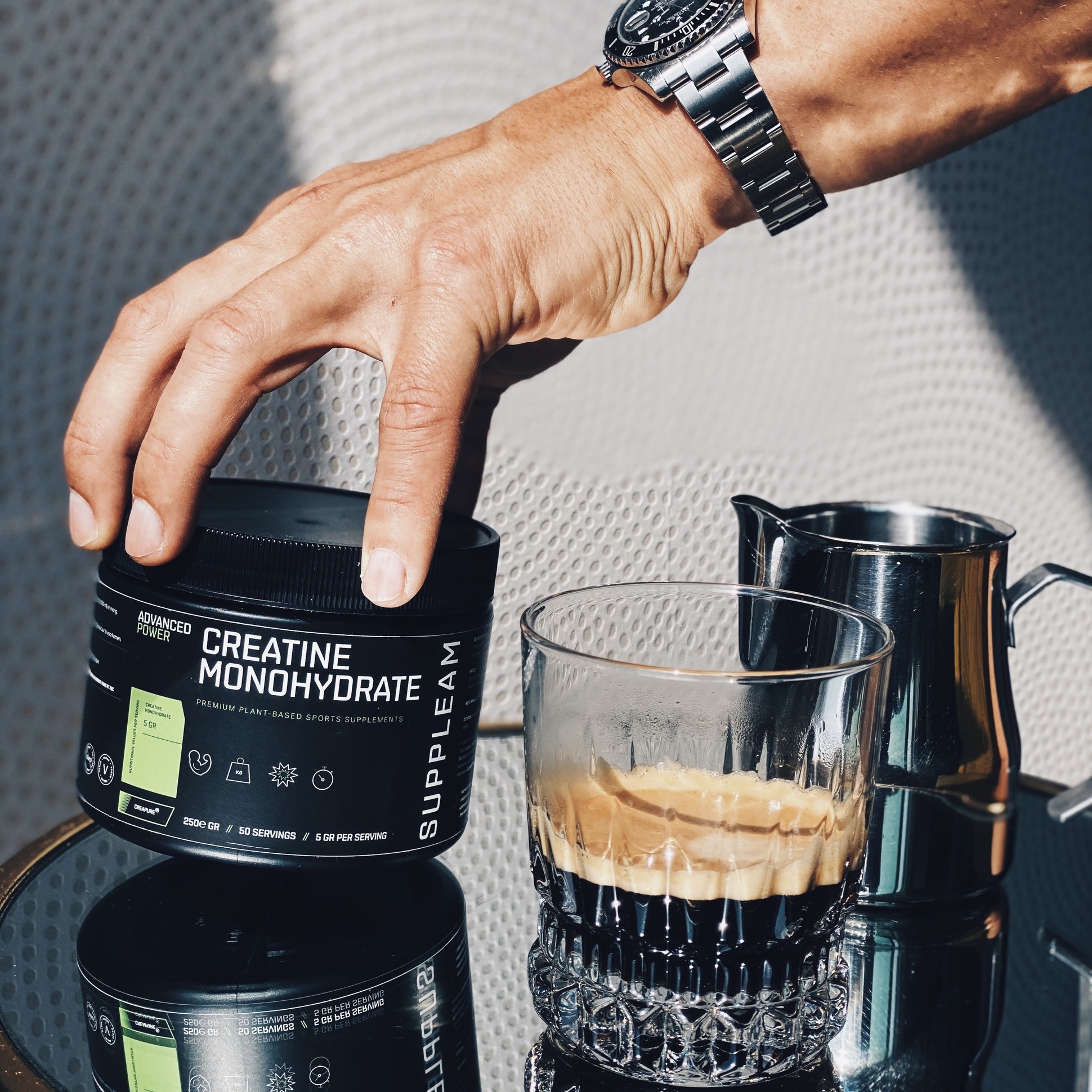 What is Creatine monohydrate?

Creatine is a substance that is found for the most part in the muscles. Our body has a creatine pool, of which about 50% is supplied by food and creatine monohydrate as a supplement and 50% can be produced by the body itself. Creatine plays a role in a system that provides the muscle cells with energy during intense bursts of activity.

Plant-Based diet and the importance of Creatine

Athletes with a dominant plant-based diet have lower creatine levels in the muscles than omnivores. (1,2,3) This is because there is no creatine in plant-based products. Creatine in this case should be used as a supplement anyway to replenish muscle creatine stores. A study by Burkle et al. (1) shows that creatine supplementation saw greater improvements in lean body mass, maximum strength and the area of type II muscle fibres in vegetarians compared to athletes who did not have a vegetarian diet. 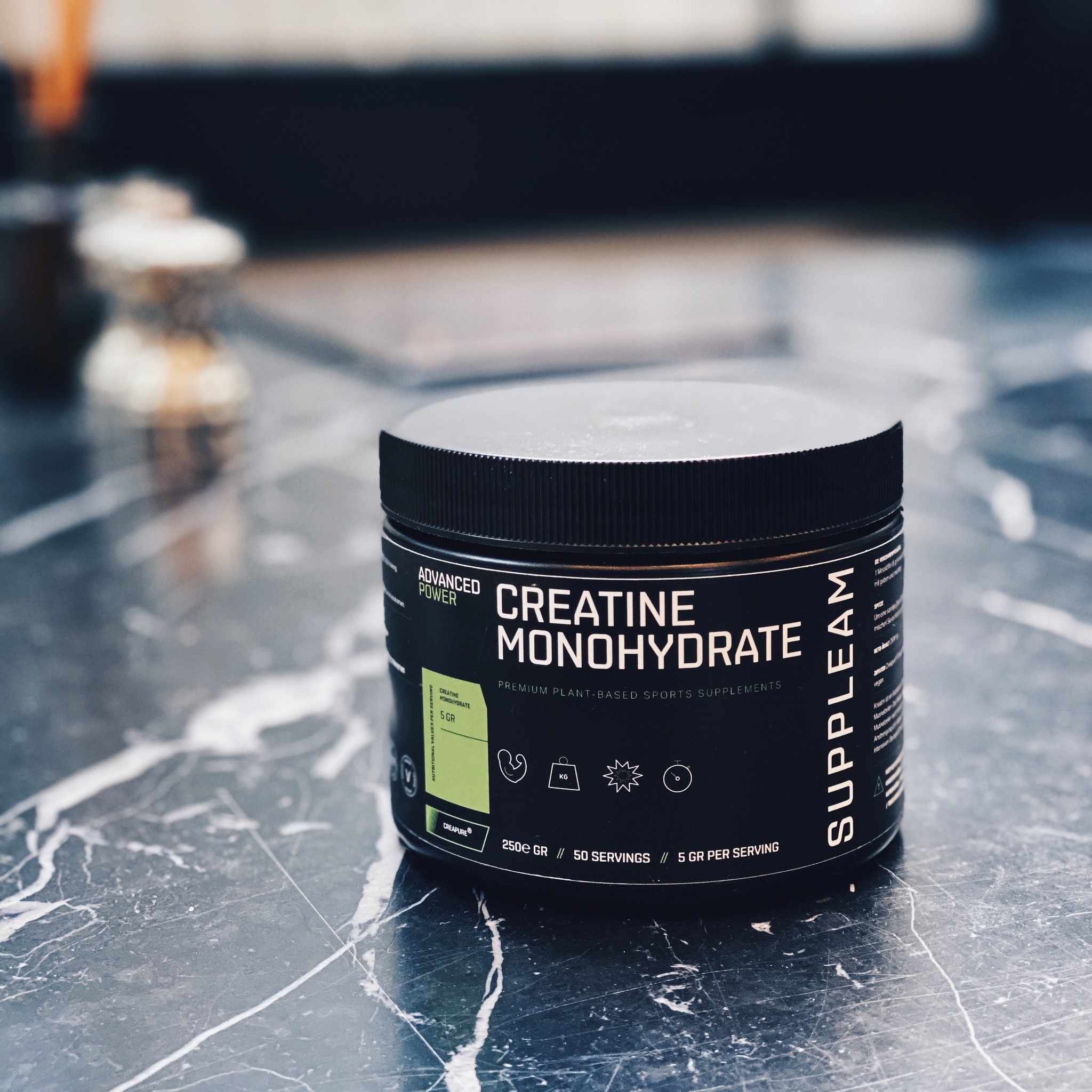 How much creatine per day?

Your body retains more fluid during creatine supplementation. Creatine works because the muscle cells convert creatine to creatine phosphate, which is an osmolyte (compound that increases the water content in muscle cells). This means that the more creatine phosphate enters the muscle cells, the more fluid enters the muscle cells. This is something positive. 60-70% of a muscle cell's volume is fluid. Research indicates that the anabolic/performance-enhancing (ergogenic) effect of supplementing with creatine, in addition to a higher availability of the substance itself, occur because of its cellular volumizing properties. Does your sport have weight classes? Then this is a side effect that you should take into account.

There are manufacturers/brands that claim that their creatine doesn't retain water. This is impossible, or they have done something to the product, which means that their creatine is not effective since the only way it won't cause water retention is by NOT entering the cell. Some manufacturers/brands have named their product "lean creatine". This makes no sense since water in muscles is part of “lean body mass”. Again, 60-70% of a muscle cell's volume is fluid. So, it’s a money-grubbing scheme.

Creatine monohydrate and beta-alanine as a power couple

Beta-alanine appears to have an enhanced effect when creatine is also used. (1)

Want to take a creatine break?

There are no negative effects with long-term creatine use. It is therefore not necessary to take breaks. If you do want to take a creatine break or if you sometimes forget to take it, keep in mind that the concentration of creatine in the muscle cells is reduced to the old level after about four weeks.

Creatine Monohydrate is the best researched sports supplement available on the market. It can be useful for people with a progressively increasing training regime. Do you want to train longer, heavier and more intensively and/or do you strive to build muscle mass? Then Creatine Monohydrate is suitable in combination with an optimal training stimulus and a well-thought-out diet. If you are unsure about your diet and the use of supplements, you can always talk to a sports dietitian.

Building the bridge between science and practice

Sign up for our newsletter and get the latest updates, news and product offers via email

How much (vegan) protein per meal for optimal muscle growth?

There is a minimum amount of protein necessary for optimal muscle protein synthesis (MPS). The amount is mostly dependent on the quality of the protein. Do we need to eat more protein per meal?... 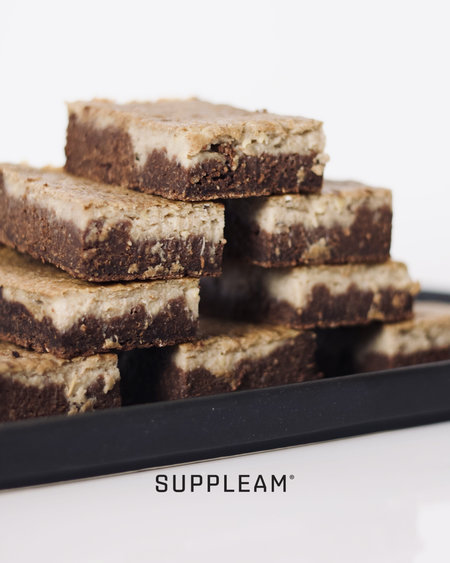 This has to be one of the best high protein cakes we've made so far. Made with oats (!), so gluten-free, a source of fibre and 100% vegan. A piece of this delicious cake contains 193 kcal and 12g vega... 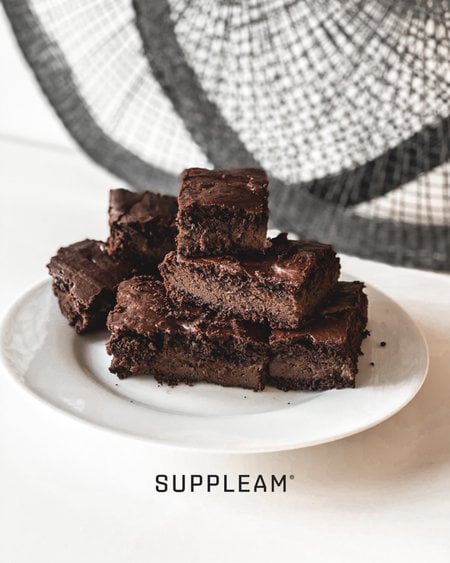 Let's start baking! Indulge! This protein filled brownie contains 183 kcal and 12g protein a piece. This recipe makes 10-12....
By using our website, you agree to the usage of cookies to help us make this website better. Hide this message More on cookies »